My wife and I have been subscribers for years and have used the Pomelo for trips to Cambodia, Malaysia, Paris, Thailand and more. Our most recent trip was to the Maldives for $417 round trip.I never thought I would have the ability to travel to the Maldives without having an expendable $25k+. The MOMENT I saw the deal I just booked it for 12 days at the end of November. The flight was out of LAX, and took us 15 hours to Shanghai. We had a 20 hour layover in Shanghai and it gave us the opportunity to see the city a bit and more importantly try the food. We woke up the next morning and went back to PVG with our bags in tow and hopped on the next leg to Malé. Our leg to Malé took another 8 hours and we landed right at sunset. As we came in through a thunderstorm the skies opened up and we could see the cerulean atolls that we have only seen in pictures to this point.We landed in Malé and we were met at the airport by an individual from the hotel for the first night in the capital city. We were staying here for one night because we could not book a seaplane to the resort after sunset.

Our night in Malé was not the experience we were expecting, however it was filled with all the hustle and bustle you would expect from one of the most densely populated cities in the world. The next morning at 5am the Muezzin was chanting his morning prayer and we were back to the airport.We ended up in an annexed part of the airport, which was technically a seaport. Taking a seaplane to Westin Miriandhoo Resort and Spa. We were flown in a tiny 10 person cabin at very low altitude over islands and atolls that looked like they were plucked from the mind of Captain James Cook. Just the most unbelievable colors, that are very difficult to describe. 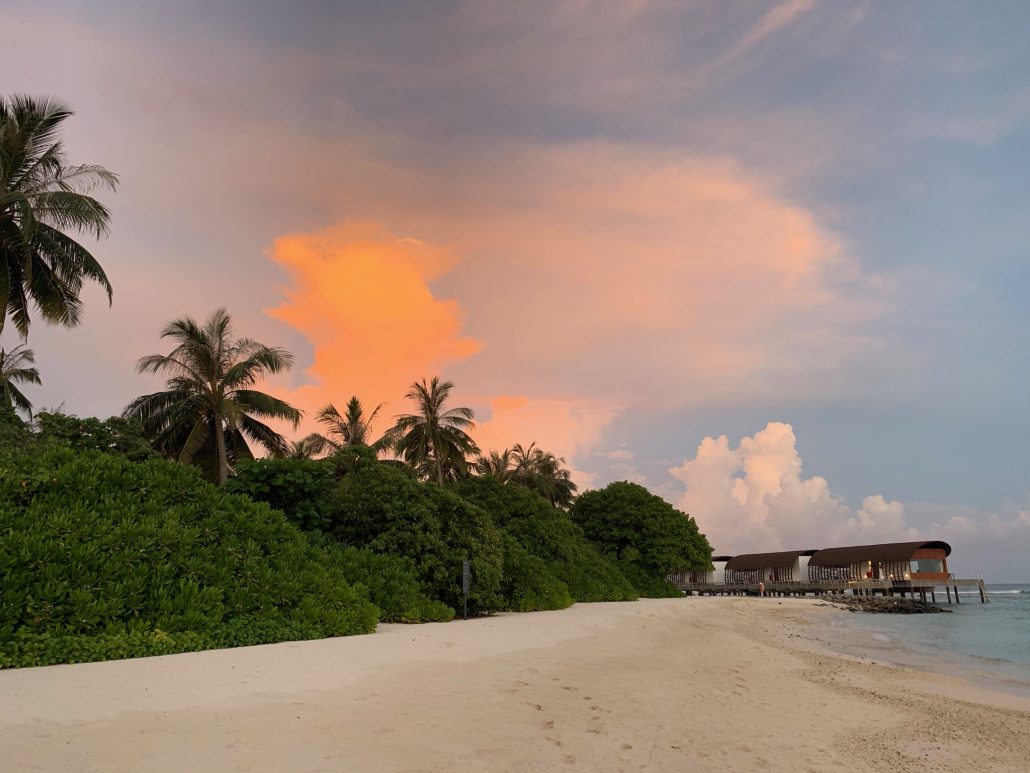 Some of the islands were uninhabited and it made me day dream of the possibility of trying to live year round in that habitat.We landed at the Westin and were greeted by a large number of staff including the GM of the property. We started our stay in a beach villa with direct access to the beach, and quite a few “flying foxes” in our trees. Later we moved to an over water villa that did not have a view of any other structures, nor a beach. It was just water as far as you could see with the occasional silhouette of an island on the horizon.The biggest difference between this trip and every other I have taken, was there was NO itinerary. We would wake up around 7 or 8, get dressed, go get breakfast, and then… whatever we felt like. We would read for a couple hours, go snorkeling, read again, eat, nap, play billiards, and then it was dark out. It was the first time that I had ever experienced what a true “vacation” should be. We were vacating our phones, our jobs, our expectations of staying busy and much more.I cannot recommend this trip enough. We got the deal through Pomelo, and continue to go back for more deals just like the Maldives. We were given $1million view for $417 round trip. In retrospect, I wouldn’t have changed a thing and my wife and I will always have the Maldives. 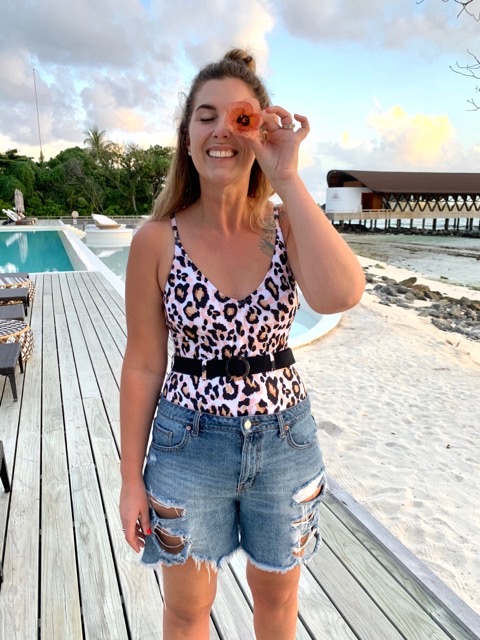